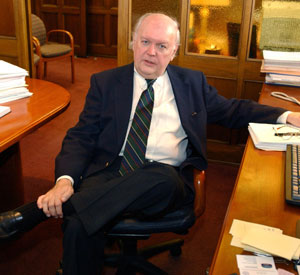 Jon Miller is the Director of the International Center for the Advancement of Scientific Literacy (ICASL) in the Institute for Social Research (ISR) at the University of Michigan. Jon has measured the public understanding of science and technology in the United States for the last three decades, and has examined the factors associated with the development of attitudes toward science and science policy. He directed biennial national surveys for the National Science Board for 20 years, the results of which were reported in Science and Engineering Indicators. He has pioneered the definition and measurement of scientific literacy and his approach to the public understanding of science has been replicated in more than 40 countries. He continues to conduct studies of the public perception of science in the United States and other nations.

Jon is the Director of the Longitudinal Study of American Youth (LSAY), located in the Institute for Social Research at University of Michigan. The LSAY began in 1987 with national samples of 7th and 10th grade public school students and has followed these students for the last two decades. The LSAY data base is one of the longest longitudinal studies of students and young adults in the United States. The LSAY is initiating a new cohort of 7th grade students in the fall of 2014 and plans to follow these students into adulthood.

Jon has published four books - Citizenship in an Age of Science (Pergamon Press, 1980), The American People and Science Policy (Pergamon Press, 1983); Public Perceptions of Science and Technology: A comparative study of the European Union, the United States, Japan, and Canada (Foundation BBV, Madrid, 1997); and Biomedical Communications: Purposes, audiences, and strategies (Academic Press, 2001) - and more than 50 journal articles and book chapters. He is a member of the Editorial Board of the journal Public Understanding of Science (Sage: London) and Science Popularization (Beijing).

Jon is a Fellow of the American Association for the Advancement of Science. He was a Sigma Xi National Lecturer for two years between 1989 and 1991. Currently, he is a member of the Subcommittee on Planetary Protection for the National Aeronautics and Space Administration.